The Maduro is the last member of my “The Edge” Sample pack. 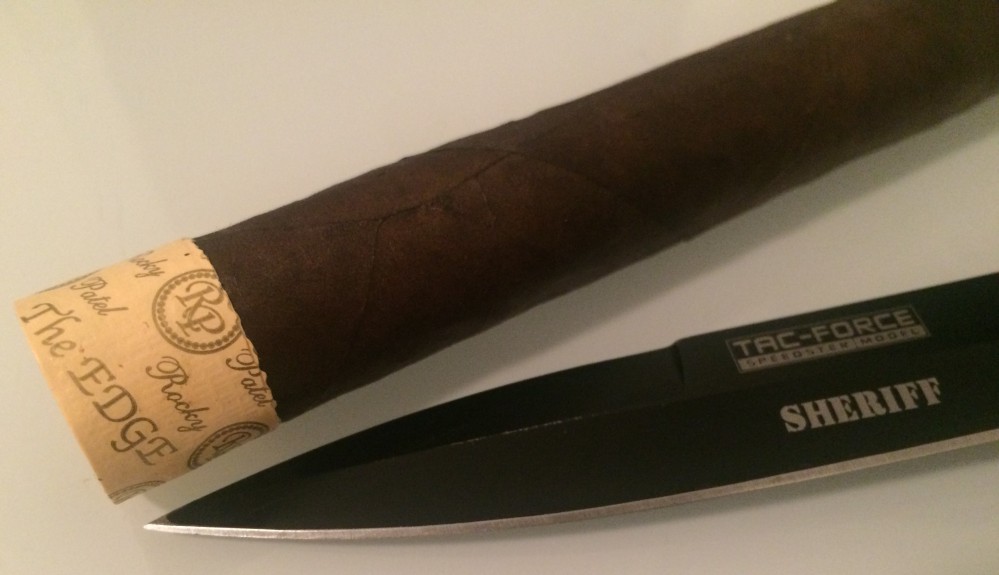 This is the darkest wrapper for the cigars I received and the appearance is very impressive, perfect firm pack and oily wrapper.

Like the Sumatra there was a hint of pepper, mainly in heat than taste which I prefer, not a fan of a strong peppery taste but a hint of spice/heat is welcomed.

Comparing this cigar to the last three in the edge range I found this to be considerably more mild, lets say medium strength at the very most but still full flavour.

A slighty more one-dimensional cigar, there didn’t seem to be as much of a story to tell like the others just straight to the point. A little wave to the burn but nothing to  complain about and as always a great draw producing lots of smoke.

This cigar was enjoyable but in my mind didn’t compare to the others in the range, just into the last third it plugged up and was not recoverable. 😦