Have you ever thrown a bottle of BBQ sauce into a camp fire??  No…well if you had then you would know exactly what this cigar smells like. 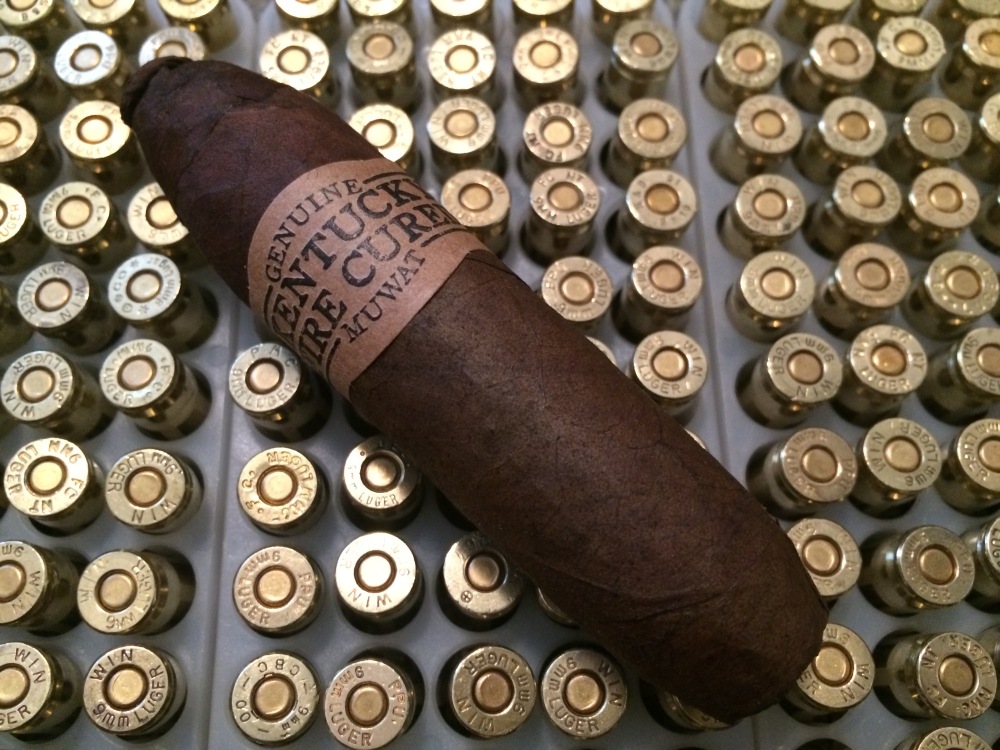 This cigar had such an intense smell from fresh that I put it in its own section in my humidor. I was actually concerned that it would influence the taste of my other cigars!!

Another example of perfect presentation with a nice firm pack.

I’m very excited to try this cigar, but also a little worried it will be too overbearing because the smell is intense!!

The smell transferred into taste. Tasted like pig on the spit, woody with a slightly sweet finish. Full flavour and full strength in my opinion.  I got about a cm in and yep, it’s strong.

Slight herbal taste in the background, hints of spice but not peppery. The draw is a little lighter than expected which is probably a good thing with the full flavour and strength.

I found though enjoyable this cigar was  a little one dimensional. Had a distinct flavour which continued pretty much from beginning to end.

This may not be the greatest cigar I have ever smoked, but it is very much a cigar  you must try if you have not. And maybe again if you have already 🙂