As you can see this is something very different from La Aurora. The band sold me so let’s hope that looks aren’t deceiving. 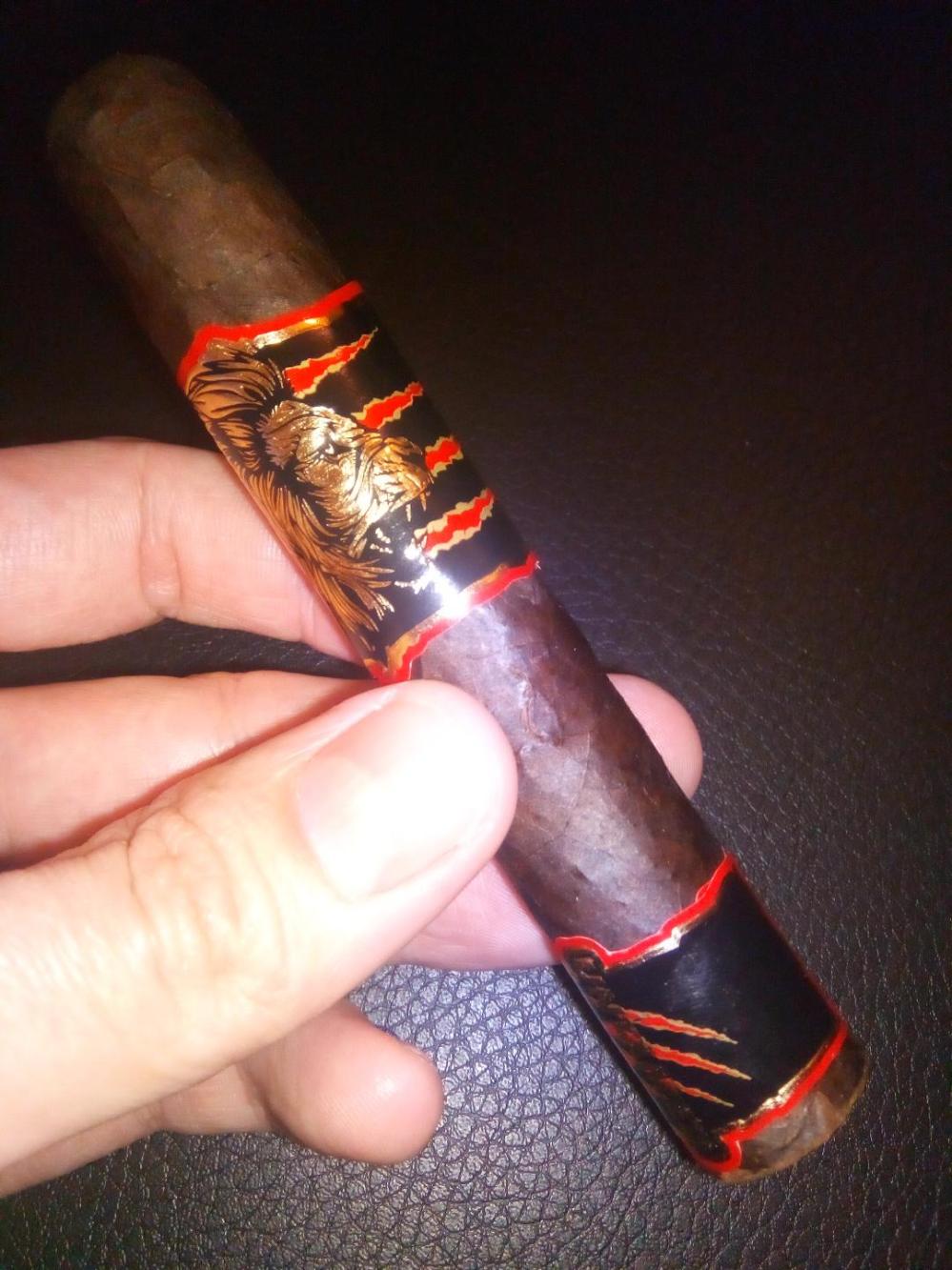 Connecticut Broadleaf wrapper ticks all the boxes for me, dark & oily with a solid rustic feel that shows real authenticity.

Dark chocolate with spice for the cold draw.  After twenty minutes the ash held solid with a respectable burn.

Moist earthy flavours start to show from the second third with hints of salt and pepper.

I thought this cigar was going to be intense and maybe overbearing, but the flavours are well-rounded. Smoke was thick nearly chewable with cinnamon and tobacco showing itself for the last third.

This is a very enjoyable cigar that I had trouble putting down definitely nub worthy!